Home Uncategorized 2nd !!!! in the West of England Regional Championships in our section

2nd !!!! in the West of England Regional Championships in our section 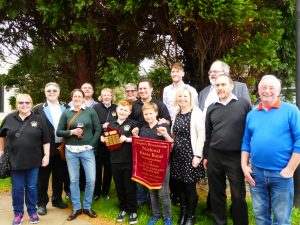 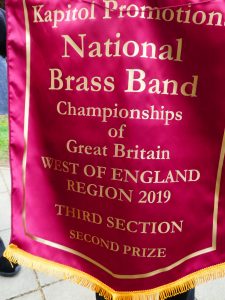 The band worked hard on Holst’s First Suite in E flat, and will now be going to the finals in Cheltenham on the 15th September.  The band would like to thank our new MD Lloyd Bartlett for his hard work and for taking us so successfully to such a fantastic result!

Our day started at 8.30 with rehearsal, during which we found out we’re drawn to play fourth out of 18 in the section. 4BarsRest.com had some nice comments to say afterwards about a tidy performance and the style of our conductor, but we didn’t dare hope. 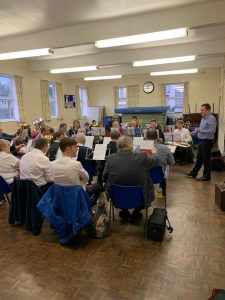 7.45am rehearsal at a church hall in Torquay on the day of the contest 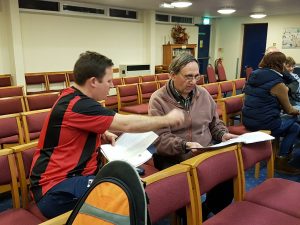 When the results were announced the shield, banner and prize money were collected by Lloyd and our two youngest players – Jake age 11 and Ollie age 9.Thank you to Polly Dear (Secretary) for making all the arrangements (which seem endless!) to Martin Portman (former MD) for coming to one of our last rehearsals to offer support, and to every single member of the band for all your hard work in rehearsals and practice. Congratulations to Gosport Solent Brass who won the section (watch out next time!). Now we just have to do it all again in September !!!! Bring on the Finals !!! 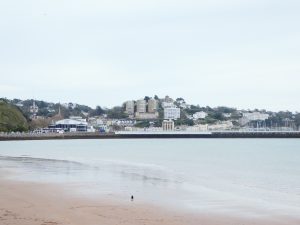 A dull and breezy day in Torquay